These days, you can probably pay someone in a Third World country peanuts to produce a half decent website for you. The trouble is that there are so many reasons why this could turn out to be the worse decision you’ve made all year.

So why should you choose a local web designer? Here are our top SIX reasons that you should:

This is the primary reason for choosing a local web designer. It’s difficult to really discuss your needs in depth when you can’t sit down with the designer for a discussion. If you’re based in Manchester, it makes sense that your web designer’s Manchester based. This way you can keep in constant personal contact and of course, this keeps the company-client relationship healthy and on track.

When you choose a local Manchester web designer, you’re selecting someone that fully comprehends the local market. They will be able to create a web design that not only suits your purposes but also stays competitive against whatever other local firms, companies and organizations are doing. They’ll also have a good idea of how to communicate to your local customers and other potential users.

Of course the overseas designers will be canny enough to have positive testimonials as part of the advertising but they won’t be local to your own area. So if you want to check up on a testimonial and ask someone directly about the service that they received, it’s a lot easier with a local Manchester web design company.

When you’re dealing with a designer somewhere in the Indian Subcontinent, it can be a real pain to ensure that they’re available to speak with you during working hours. If you always have to stay late in the office, or get to work early or work from home each time you need to speak to your web designer – it’s going to be drag.

FIVE: If it All Goes Wrong

When your website design hits a snag, your Manchester web designer will give you a call, invite you in for a chat and find a solution with and for you. When your overseas web designer hits a snag, they wake up you up in the middle of the night, or stop working completely until they can contact you, further delaying the launch of your new website.

If it goes wrong, you want someone accountable that you can speak with immediately. That’s why so many people choose Manchester designers, rather than just getting a cheapo deal.

SIX: From Bad to Worse

We’re not suggesting that every business deal goes sour, but what if you fell out with your web designer based in India? You have no legal recourse unless you choose to go through the Indian courts to sue them. Let’s face it, that’s not going to happen, but you do want the security of knowing that you’re covered by British law – just in case. 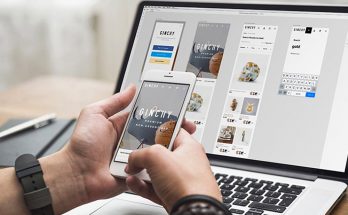